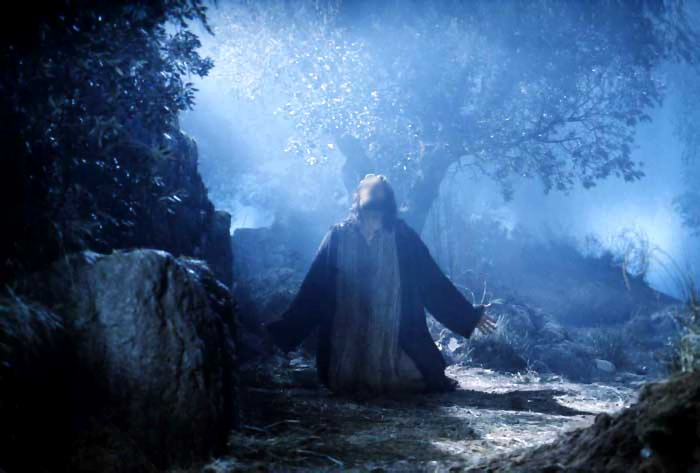 It was 24 hours that would make a day in the life of Jack Bauer seem like a cuddly fuzzy teddy bear.

It started with a dinner party with the closest friends a man could have, followed by a sing-song and a walk in a garden, then some deep soul-searching. This was then rounded off with the cruellest of betrayals along with the desertion of friends and even being denied by the closest of them all, a farcical pretence of justice, a beating to within an inch of his life, humiliation, one of the most tortuous deaths known to man, rejection by a father and a descent to hell that no man can begin to comprehend.And that was just the first 24 hours – the story wasn’t over there.

If Hollywood came up with that plotline then people wouldn’t believe it. If you or I had to live just part of it we would never cope with even the smallest amount.

Yet Christ went through all of that.

My mind cannot comprehend it all – and my heart breaks when I think about what took place on that very first Good Friday. The thought of my friends betraying me in that way, or abandoning me in my greatest need, not only seems like the most immense hurt but it also is incomprehensible. Yet the disciples abandoned Him, Peter denied Him, Judas betrayed Him – with a kiss.

The mock justice makes some of the ridiculous miscarriages of justice seem like they were the most just acts ever witnessed, and that beating and the crown of thorns – unfathomable.

Being tied and nailed to the cross and being mocked, spat upon and sworn at – it’s too much, I can feel my heart tearing at the thought. And just when it got really bad, just when the pain was at it’s peak – He spoke words of Love and Forgiveness. He spoke salvation to the thief on the cross and asked His Father to forgive, for they didn’t know what they were doing – and those words were probably the last words He had a chance to say to His Father before Jesus took on all the sin and shame and God turned His face away.

For the first time in eternity – Jesus was on His own. The price of the sin He bore for us, was complete separation from His heavenly Father and a loneliness and rejection that we could never begin to imagine.

He cries out “My God, My God – why have you forsaken ME?!?” – but knowing that this was the price of sin and guilt. Knowing that the Love He had for us meant this had to be.

My heart breaks when I think about this. I’m unashamedly crying as I type these words. It was MY sin. It was MY guilt. It was MY shame that nailed Him to that tree. What makes it even harder is knowing that I too denied ever knowing Him. I rejected all those times I had spent with Him and turned away. Of course, as with Peter and the Prodigals Son, I have come home – but it still sobers me to think that I acted the same way. For different reasons, but the results were the same.

It’s painful to think this way but it’s called Good Friday for a reason – through all of the above, Jesus knew that the price He was paying was for all of us. He has paid the ultimate price for Me, my Family, my Friends and for all of us. The story continues on Sunday but please spare a few minutes to remember just what it is that we are celebrating.